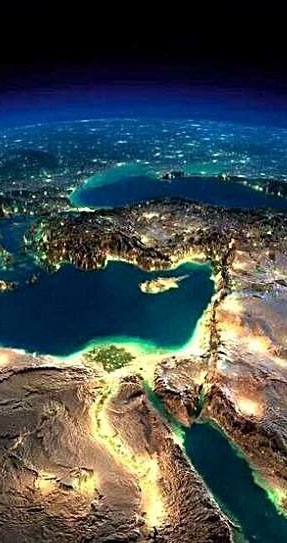 Cyprus, officially the Republic of Cyprus, is an island country in the Eastern Mediterranean Sea. It is the third largest and third most populous island in the Mediterranean, and since 2004 a member state of the European Union. Cyprus, owing to its strategic position, was throughout its history colonized by some of the most influential colonial powers in the Eastern Mediterranean. Cyprus is well known as the island of Aphrodite, the Greek goddess of love and beauty, who, according to legend, was born here.

The Republic of Cyprus is the child of the Zurich and London Agreements. According to the agreements, Britain retained two sovereign bases (158.5 km² ) on the island, at Dekeleia and Akrotiri – Episkopi. The Zurich – London agreements comprised the Treaty of Establishment, the Treaty of Guarantee and the Treaty of Alliance. Under the Treaty of Guarantee, Britain, Greece and Turkey pledged to ensure the independence and territorial integrity of Cyprus as well as respect for its constitution. These agreements also became the basis for the 1960 Constitution. Due to its historical origin, the Constitution of the Republic of Cyprus is considered to be one of the most peculiar in the ‘constitutional world’, rightly described as the most complex, most rigid, and most ethnically divisive ever devised and as a recipe for failure.

The peculiarities derive partly from the fact that the birth of the Republic was the result of an anomalous and violent period, but mostly because of the vital importance of the geo-strategic position of Cyprus.

The Greek-Cypriots’ anti-colonial struggle (1955-1959) against the British, seeking self-determination driven by the concept of Enosis –the unification with the Greek motherland- was denied to the people of Cyprus by the constitutional provisions. The Constitution is therefore a ‘granted constitution’, it has not emanated from the free will of its people, who had no opportunity either directly or through their ad hoc elected representatives to express an opinion thereon but has been imposed on them by the Zurich-London Agreements.

On July 20 1974 the Turkish armed forces staged a full scale invasion against Cyprus. Though the invasion was in violation of all rules of international legality, including the UN Charter, the Turkish troops, in an operation code-named ‘Attila’, finally occupied 37 per cent of Cyprus’s territory, resulting in the displacement of some 200,000 Greek-Cypriots. The military aggression against Cyprus continues unabated to this date in the form of military occupation, forcible division, and violation of human rights, massive colonization, cultural destruction, property usurpation and ethnic segregation.

Cyprus in the European Union

Greek and Turkish are the main languages spoken by the Greek majority and the Turkish minority respectively. English is widely spoken. French, Russian and German are also well spoken within the tourist industry.

Cyprus enjoys an exceedingly high level of freedom of worship. While the majority of Greek-Cypriots are Greek-Orthodox Christians, other denominations are represented on the island, including Armenians, Maronites and Roman Catholics. The Turkish minority community is predominantly Muslim.

Cyprus as a Business Center

Over the last decades Cyprus has risen to an attractive business and investment center. Cyprus offers a plethora of advantages to foreign investors utilizing Cyprus as a base for conducting their business activities worldwide. Its competitive advantages derive from its strategic geographical position, favourable business climate, well developed infrastructure, highly qualified labour force, and pro-business legal framework.

Among its other assets, its advantageous fiscal regime: taxation of company profits accrued or derived from all sources both in Cyprus and abroad is only 12,5%  and the available wide network of agreements for avoidance of Double Taxation (with over 40 countries) including Greece, Russia, Ukraine and China. For an updated list of the countries please visit the Government of Cyprus respective site.