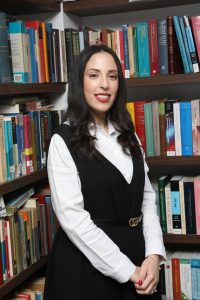 Marina has obtained her law degree from Lancaster University in July 2011. In September 2011 she commenced her postgraduate studies at the University of Leeds where she successfully completed her LLM in International Commercial and Business Law in September 2012.

Following the successful completion of her legal training and her call to the Cyprus Bar in 2017, Marina has thereafter become a member of our firm. Marina’s practice areas include corporate and commercial law, European and consumer law issues, intellectual property as well as real estate and property law, wills and probate.

Marina is also a part time Lecturer in Law in a private University. Her academic interests focuses on issues of European Law, harmonization at the European Level and Consumer Law in general.