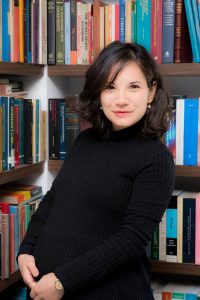 Soteria has obtained her law degree from Lancaster University in July 2011. In September 2011 she commenced her legal training and following its successful completion and her call to the Cyprus Bar in 2012 she has joined our firm.

In September 2014 she has simultaneously commenced her postgraduate studies at the University of London, led by Queen Mary College & UCL, where she successfully completed her LLM in International Business Law in December 2015.

Soteria’s practice areas include civil and commercial litigation emphasizing on matters of commercial and shareholders’ disputes, fraud and conspiracy. She also has considerable experience on insolvency matters and receiverships. Since the passing of the Resolution Law back in 2013 she has extensively worked on matters concerning banking institutions rendered under special administration, both at litigation and consultancy level.